It is located in the Fabraquer district, next to the Camí (road) Reial de la Vila Joiosa. It is known that the Finca Capucho existed as early as the seventeenth century, but it may have been built earlier. Since then, it has been the estate of the Barons of Finestrat. The wines and silks harvested in this estate were so famous that they were exhibited as worthy articles from Alacant at the Great Exhibition in London in 1851.

The lineage of the Barons of Finestrat is linked to Finca Capucho from its origins. The First Baron of Finestrat, Jacinto Forner y Bernabeu, together with his wife, Jacinta Talayero y Torres, celebrated, in the oratory of the estate the wedding of their daughter, the Second Baroness of Finestrat, Josefa Jorner y Talayero (1661-1718 ), who married here with the prestigious juror of Alacant, José Pascual del Pobil y Gisbert, famous for his defence of the city of Alacant at Sant Carles bastion during the shelling from the sea of the French Navy in 1691. Since that marriage the family fertility has been the norm, since the Barons of Finestrat had at least 10 children for each generation, at least until the mid-nineteenth century.

During the first half of the eighteenth century the Finca Caputxo was owned by the Fifth Baron of Finestrat, José María Pascual del Pobil y Guzmán (1777-1864). In 1816, in the Caputxo oratory, he married the Valencian Esperanza Estellés y Cervera, with whom he had fourteen children. One of his daughters, Concepcion Pascual de Pobil Estellés, the thirteenth, ended up residing in the estate that would be named after her, Finca La Concepció, located in the urban area of Sant Joan d’Alacant.

The property Capucho is composed of several constructions that have been added to the main one, besides other buildings distributed over the property. It is still possible to recognize the oldest building with characteristics of the eighteenth century, such as sloped roofs and eaves with steep protrusions, flashings of cut wood and a flat roof. On the ground floor there is a passage that communicates the interior of this building with the patio, allowing the agricultural work to be independent from the domestic work. The facades in ochre are the result of different transformations throughout the centuries. The original estate was divided into two parts, one is inhabited and in good condition, while the other is abandoned and very deteriorated. The chapel is not preserved.

The rooms destined to social life are located on the noble floor, whereas on the upper floor we find the rooms destined to private life. Throughout the last decades of the twentieth century, the structure of this estate has been modified to house different single-family homes. The famous architect of the 20th century Juan Guardiola Gaya lived in one of them. “Although Catalan of origin, of academic formation and of character, almost all his professional work was developed in the province of Alacant because since his arrival in this city in 1959, he carried out his profession uninterruptedly from his studios located on Carrers (streets) Sant Francesc and Girona in Alacant and from his Caputxo estate in Sant Joan d’Alacant”. Juan Guardiola rehabilitated the stables and other storage facilities. He built his house-studio above the stables, keeping a part and building one more floor, in which he lived until his death in October 2005. Juan was passionate about the gardens and exotic species with which he rehabilitated those of Caputxo, so he managed that the vegetation covered, trapped and hid the different buildings.

The garden of Caputxo has always been one of the most famous of antiquity, crossed by two paths in the form of a cross, with a pond in the centre and diverse vegetal zones of great interest. At present, it conserves an endless number of protected examples of species such as the cork oak, the cypress, the holm oak, the ficus, the elm tree, the pine tree, oak, cassava, hackberry and a long etc. Formerly, there was a folly or small construction that was aimed for the delight of garden users.

The property borders with the Vereda de Benimagrell (Benimagrell lane), forming one of the four roads that give a name to the mythical enclave. This area is one of the few of Fabraquer that still conserves farmland. But the greatest period of prosperity of the Alacant’s agriculture was in the middle of the nineteenth century, when the cultivation of the vineyard was in full expansion. At that time, owners of large areas of the Horta (Cropland), such as the Caputxo estate, expanded the agricultural area dedicated to the cultivation of the vine. Stimulated by the demand and the high prices “they dismounted and broke up a great deal of wasteland, they pulled up trees and covered the land with vineyards up to the hills”. The commercialization of vine products was mainly in the hands of the foreign trading houses, which distributed the Alacant fondilló wine, the Xixona grape or the Dénia raisin in the English and French markets.

The quality of Alacant’s wine was so high that it enjoyed a tremendous demand abroad. So when the Great Exhibition of London was held in 1851, the Spanish government produced a catalogue of the Spanish products that would  be present on behalf of the country. The Ministry of Commerce selected all the agricultural products from Alacant: almond, esparto, barilla and the most outstanding Fondillón wine. 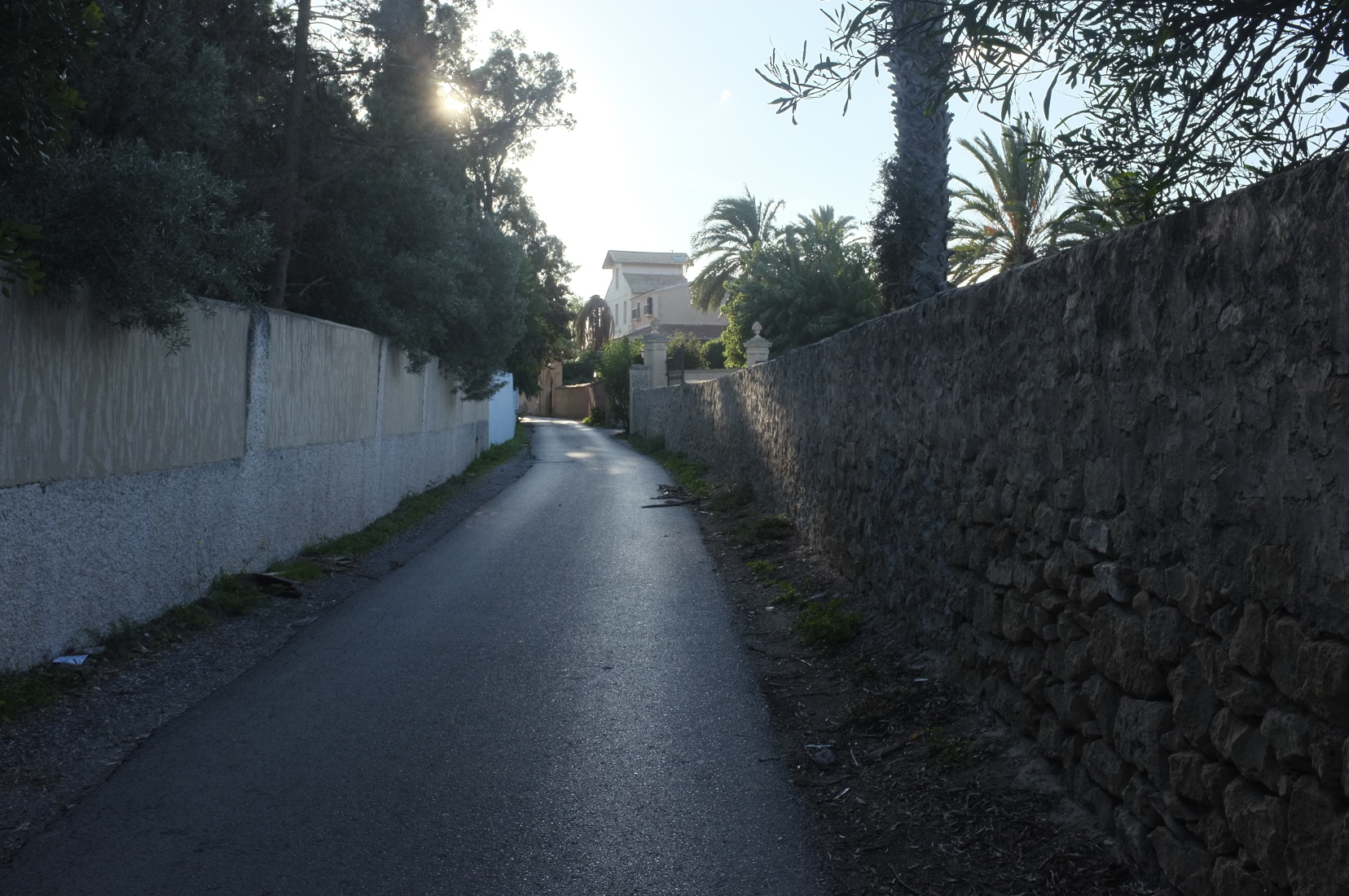 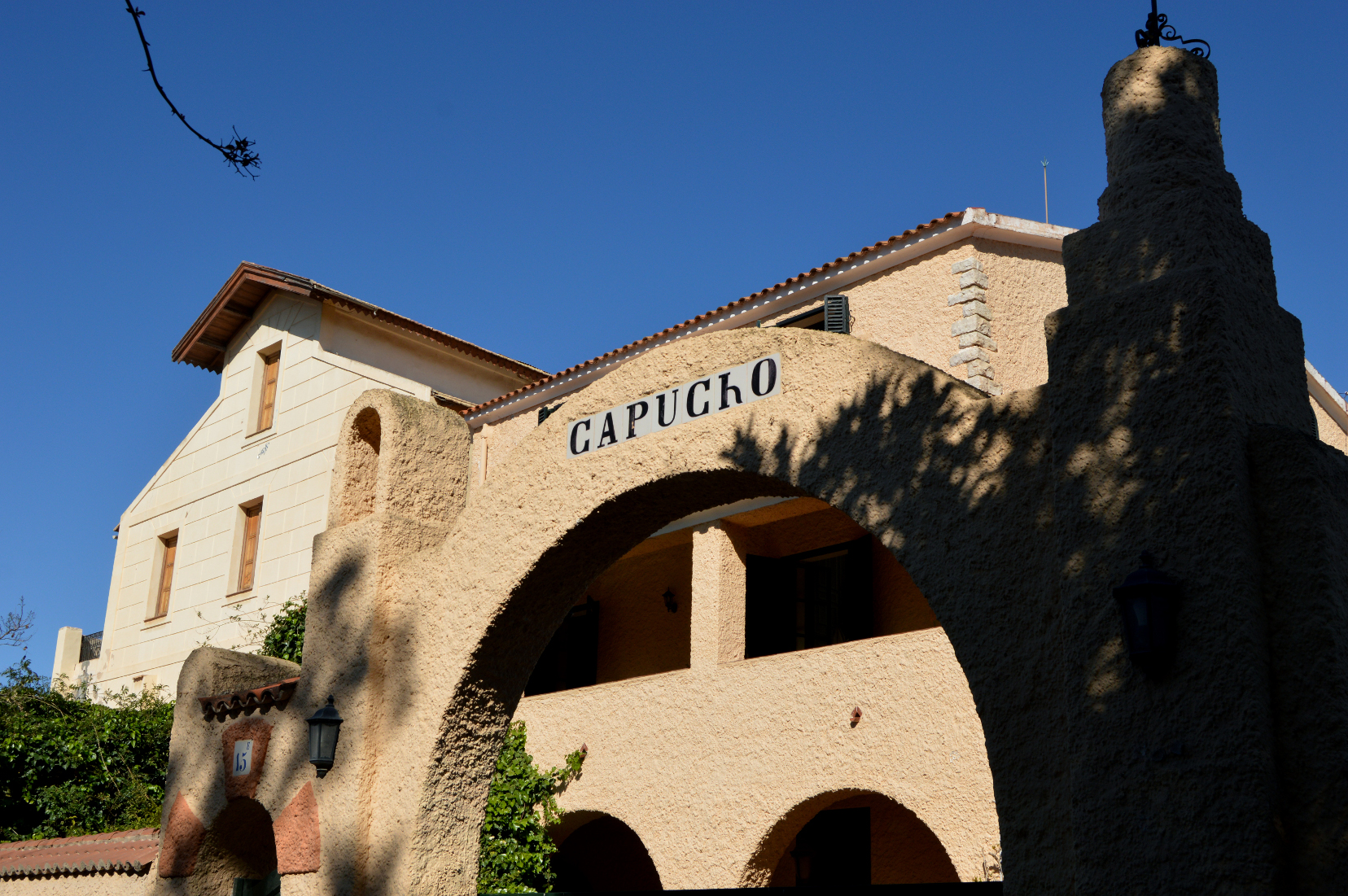 The Fifth Baron of Finestrat, José María Pascual del Pobil y Guzmán (1777-1864), born in Alacant, and his wife, Ms. Esperanza Estellés y Cervera,, had fourteen children. Viravens in his chronicle published in 1876, cites as owners of Caputxo the son of the Baron Emilio Pascual del Pobil y Estellés (1830-1902) born in the estate and his brother-in-law, Juan Pasqual de Bonanza y Roca de Togores, who was Mayor of Alacant and married to María Josefa.

Emilio Pasqual del Pobil y Estellés, enrolled in the Royal Navy and obtained a position in the Military Naval College in 1846. Being Lieutenant, he was in charge of the San Fernando llaüt in Philippine waters. He went around the world in the Ferrolana corvette being Commander of the Navy of Alacant in 1890. His first marriage was to Elisa Wallace y Dugraise, in 1859, and the second was to his sister-in-law Maria Luisa Chicheri y Arsú in the city of Rome in 1866.

Therefore, it follows that the granddaughter of María Luisa Chicheri y Arsú, Isabel Pascual del Pobil y Ravello, married the same man, the Inspector General of the Corps of Naval Engineers and Ambassador of Spain, Nicolás Franco, two years after the death of her other granddaughter, Concepcion Pascual del Pobil y Sandoval in 1930. Therefore, D. Nicolás was able to enjoy the Caputxo estate from his first marriage in 1924 until his death in 1977 in his bed in Madrid. His wife and son Nicolas Franco Pascual de Pobil, nephew of the General Franco, and some family members, as well as a group of senior Navy officers, accompanied him during his last moments.

Nicolás Franco Pascual del Pobil played an important role at the end of Francoism. He contributed to the first approach between Juan Carlos, named Head of State, and Santiago Carrillo, who was in exile in France. He could do so because he was Juan Carlos’ childhood friend and at the same time was Franco’s nephew. Juan Carlos knew that after the death of the dictator necessary to open a path that led to a democracy in Spain, so he was trying to contact the communist leader to have the first conversations in favor of the concord.