The entrance of the farmhouse El Conde is located in the Camí Vell or de Maigmona, between Sant Joan and Mutxamel. The property is delimited by large plastered masonry buttresses imitating ashlar. Once, the Séquia Major (Main Ditch) crossed the spot. Formerly, it was necessary to cross a stone bridge to access the house. Today, the channel no longer exists, and the few trees left barely survive in the devastated garden. That orchard surrounded the building on the south and east sides, allowing the large lintelled windows to be open to let the breeze pass through the wet orchard’s trees thus easing the dry and warm xaloc or noon winds. Now it would be necessary to close the window blinds in order to shelter from the scorching wasteland, if it were not because nobody lives in the house, and only the walls keep the memory of those days when its inhabitants gave meaning to this land of joy.

That garden was one of the most famous of the Alacant’s Horta (Cropland). It had an area of about 25 tahúllas, more than two hectares. To go from the gate to the main facade of the house it was necessary to cross a rectangular terrace, consisting of a row of large cypress trees that acted as a natural barrier, separating it from the garden on the east. On the west, there is a masonry wall by the house, setting up a road that led to the stables.

The Neoclassical main facade still preserves the robust door framed by stone blocks, along with well-ordered and symmetrical windows. The arcaded porch has Ionic columns that lengthen as a parapet up to the first floor, forming the noble terrace. The building is ochre but the course of stone blocks, the frames and the brickmoulds of the openings are darker. The house is accessible through a large rectangular hall, divided by three elliptical arches located parallel to the front door. There are several vestibules and alcoves on both sides of the hall. The stairs are located in the back of the hall, which are illuminated by a central square lantern. The lantern can be seen from the outside. It is a tower with a hipped roof of curve emerald green tiles. The light enters through the small windows, lighting up the central body of the house.

The east facade is similar to the main one, but with a courtyard attached to the structure delimited by an arcade. The arcade connects with another building, undoubtedly one of the biggest surprises of the villa. It is a small theatre or concert hall that had an independent access. A French engraving from the nineteenth century shows the gardens, facades and theatre, attesting the splendour of those days starring summer nights, recreation and fun.

Life on the farm was lived out in each of the three floors of the house. Naturally, the family used the south oriented rooms. The first floor housed the domestic and social life rooms. It is not surprising finding a grand hall in a building of this nature. What is less usual is that the mansion has a mapping and engraving room or cabinet decorated with paintings, frescoes and lithographs. This gives us an idea of the sensitivity and solemnity of the inhabitants of the dwelling. On this floor there was also a small chapel with an altarpiece and a marble altar, cream-coloured walls and marble floor.

But it is impossible to imagine the daily life on the farm without the servants. They were responsible for tuning the home’s gear. Pleasing their masters involved meeting their domestic and representative needs, which meant making an extra effort when guests arrived and servants had to set up some rooms of the Villa for them. Much of their work took place in the north wing of the building where the housekeeper’s home, stables, warehouses, yards and garages were located. The large kitchen is also located on the north wing, which can be accessed by a stairway. The employees were settled on the third floor, where their bedrooms and rooms were. Today, nobody polishes the glass of the lords, or prepares up the trousseau. The living rooms do not exude the appetizing smell of the delicacies that escaped from the kitchen. There is no sign of the horses’ carers, gardeners, maids or servants. They are all enjoying an eternal day off. The Count is not at home. Nobody is waiting for him anymore. 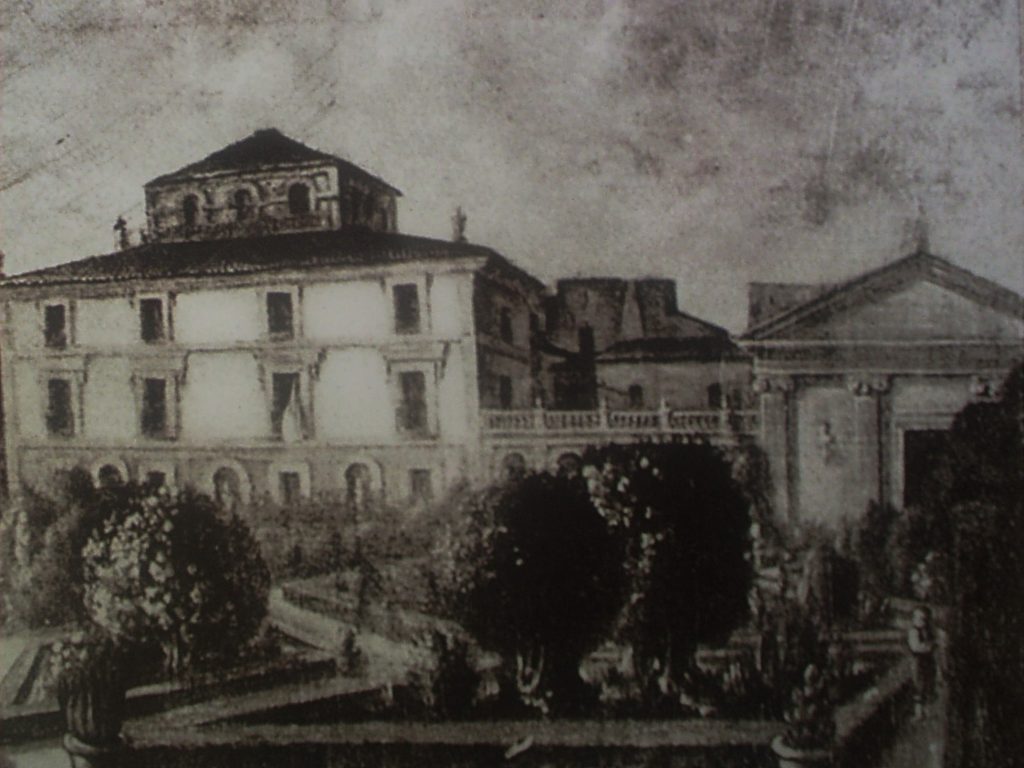 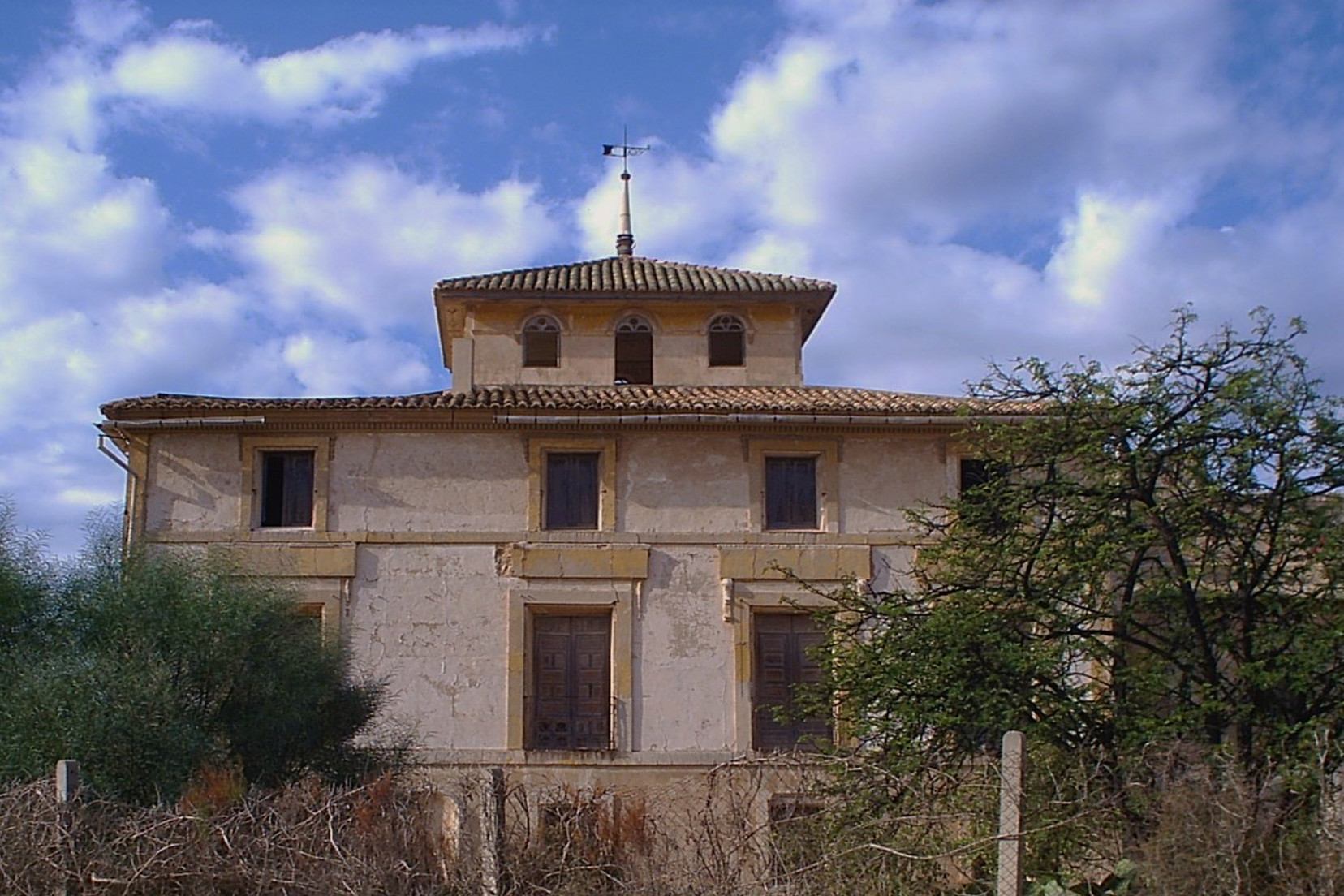 The building was originally built in the sixteenth century, although its present appearance is the result of remodelling carried out in the mid-eighteenth century and the nineteenth and twentieth centuries. Originally it was a farm estate, but it later became a recreation property.

Regarding the ownership of this villa, it belonged to the noble family of the Counts of Casa Rojas and Marquis of the Bosch. The Rojas were Castilian descendants from Rojas (Burgos), although this branch comes from those who settled in Jerez de la Frontera and Cádiz, moving later to Alicante and Valencia. The I Count of Casa Rojas was José Pedro de Rojas y Recaño by Royal Decree of 18 December 1789.

On the other hand, the Bosch family comes from Cocentaina, and before, from Catalonia.. After excelling in the conquest of Játiva, they settled in Alicante. The Marquisate of Bosch de Ares was created by Charles III on 28 February 1689.

By 1924 the property belonged to the Marquis de Algorfa. The villa’s nickname “La Paz” is associated with the welfare one could enjoy both in the residence and its gardens.

The farm is currently bisected by the boundary between the municipalities of Sant Joan d’Alacant and Mutxamel. The city council of Sant Joan has started the procedures for the expropriation of the property and its future conservation.