The Finca Morote is a magnificent piece of traditional rural architecture built between the seventeenth and the eighteenth centuries, when its eponymous Mr. Pere Morote,  received from the hands of the Count of Villafranqueza the beneficial ownership of its lands and a batch of water from the pond of Islamic origin from the Orgègia District (Alacant), declared an Asset of Local Relevance.

The Finca Morote is in itself a valuable museum of the old Alacant’s Horta (Cropland). Centenarian olives, almond trees, cereals, native vines of different varieties that were recovered, fruits and vegetables grow in the farm.

In Finca Morote , in addition to the traditional dwelling, there is a varied collection of farm implements and other equipment. It has a modern oil mill and an old mill in use, with two cups for treading the grape and a cellar with barrels of great antiquity, where the wine is still made from native grape varieties. At the moment, the whole estate has been declared an Asset of Local Relevance.

At the beginning of the twentieth century, in the midst of a crisis in wine production as a result of the phylloxera plague, the Morote family solved this misfortune by saving the vineyards of this farm thanks to the acquisition in Castalla (Alacant) of hybrid grapevines in which native varieties were implanted, managing to protect about 20 varieties. The rest of the vineyards of the Horta (Cropland) succumbed to the plague, losing the whole Fondilló wine production. The peculiar thing was that in small vineyards of Fondilló in dry land located in the district of the Condomina or in the farms of El Cabo (El Cap), such plague had no effect.

The Finca Morote, an oasis of traditional culture in an environment subject to strong developmental pressures, is the living expression of the traditional way of life nurtured by the irrigation system of the Alacant’s Horta (Cropland), highlighting the extraordinary value of this centenary system and of the cultural elements linked to it. It also emphasizes its environmental and natural value.

The different agricultural activities are known in the course of cultural and ethnological encounters developed by the current owners in collaboration with the University of Alacant; based on the Mediterranean trilogy. Sowing with horse-drawn ploughs, harvesting by hand, the threshing of cereal and grape, the treading of grapes, winemaking or putting the old mill to work (1690) for the production of oil pulled by a cavalry, are activities that would take us back to the works of past centuries. 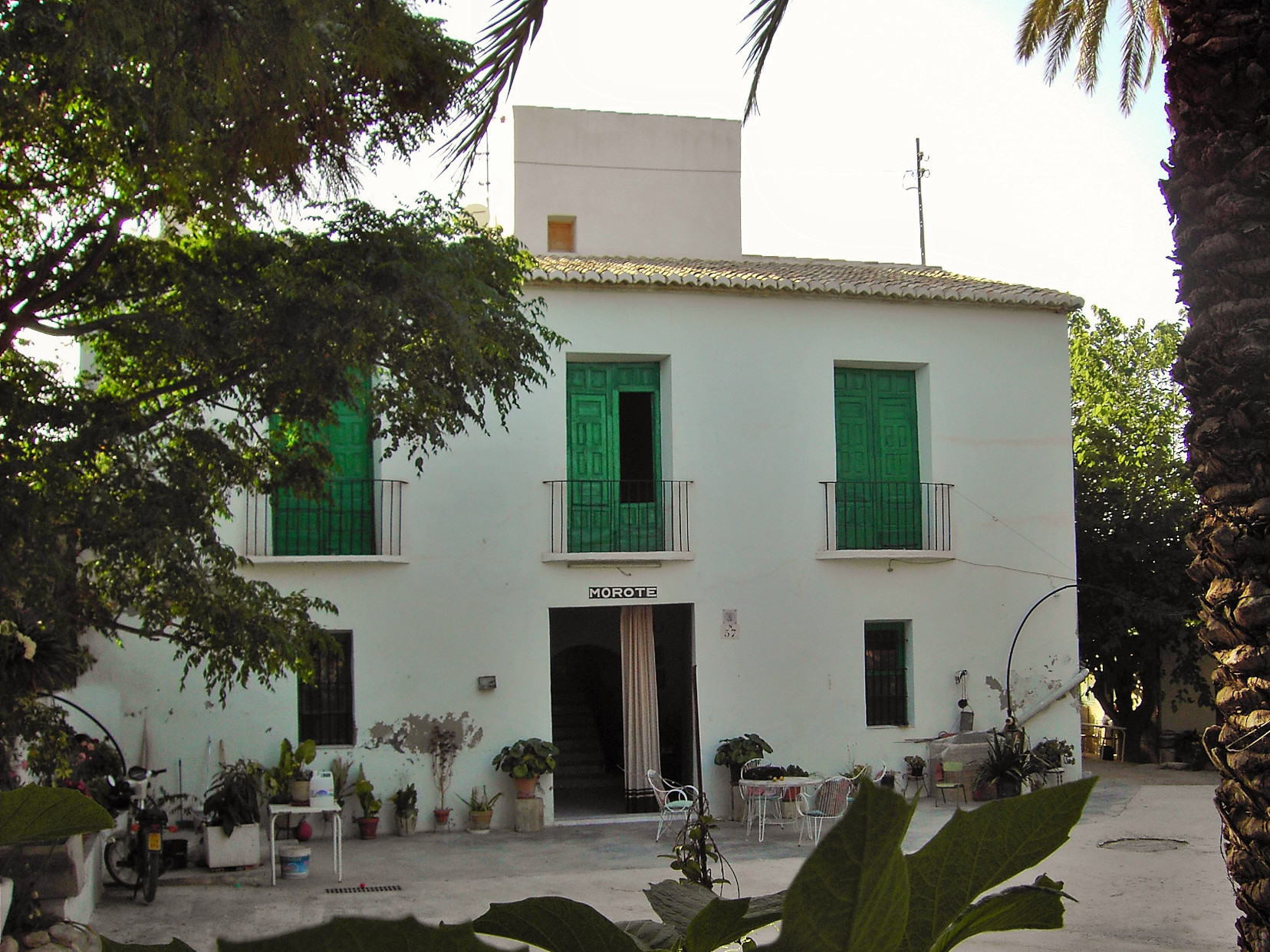