Villa Antonia is a family home of the late nineteenth century, of stately architecture typical of the Horta (Cropland) of Sant Joan. But the house did not always look as it does now. Initially, it had only one floor and in the early twentieth century one more was built. Over the years a new structure was attached, which determined its current configuration.

The facades have a symmetrical composition, repeating on each floor a sequence of three very vertical windows. On the main floor there are two little balconies with forged locksmith’s craft handrails. The most appealing ornamental elements include the white brickmouldings of the windows, with tiled window sills and lintels. The gabled roof is finished in flat tiles, decorated with ceramic cresting.

The Alicante’s red colour of the facade contrasts with the sweet green of the surrounding garden, where we can find vegetation typical of the Horta (Cropland) of Sant Joan: olive trees, jacarandas, mulberries, elm trees, bougainvillea and of course a hedge of jasmine that delights the summer dinners. The Horta (Cropland) preserves a cypress and a Mexican palm tree, two-hundred-year-old trees protected by the city council.

This delightful house can be visited as it is currently a restaurant and an exhibition hall. The place is an unforgettable space to relax and enjoy Sant Joan’s cuisine in good company. 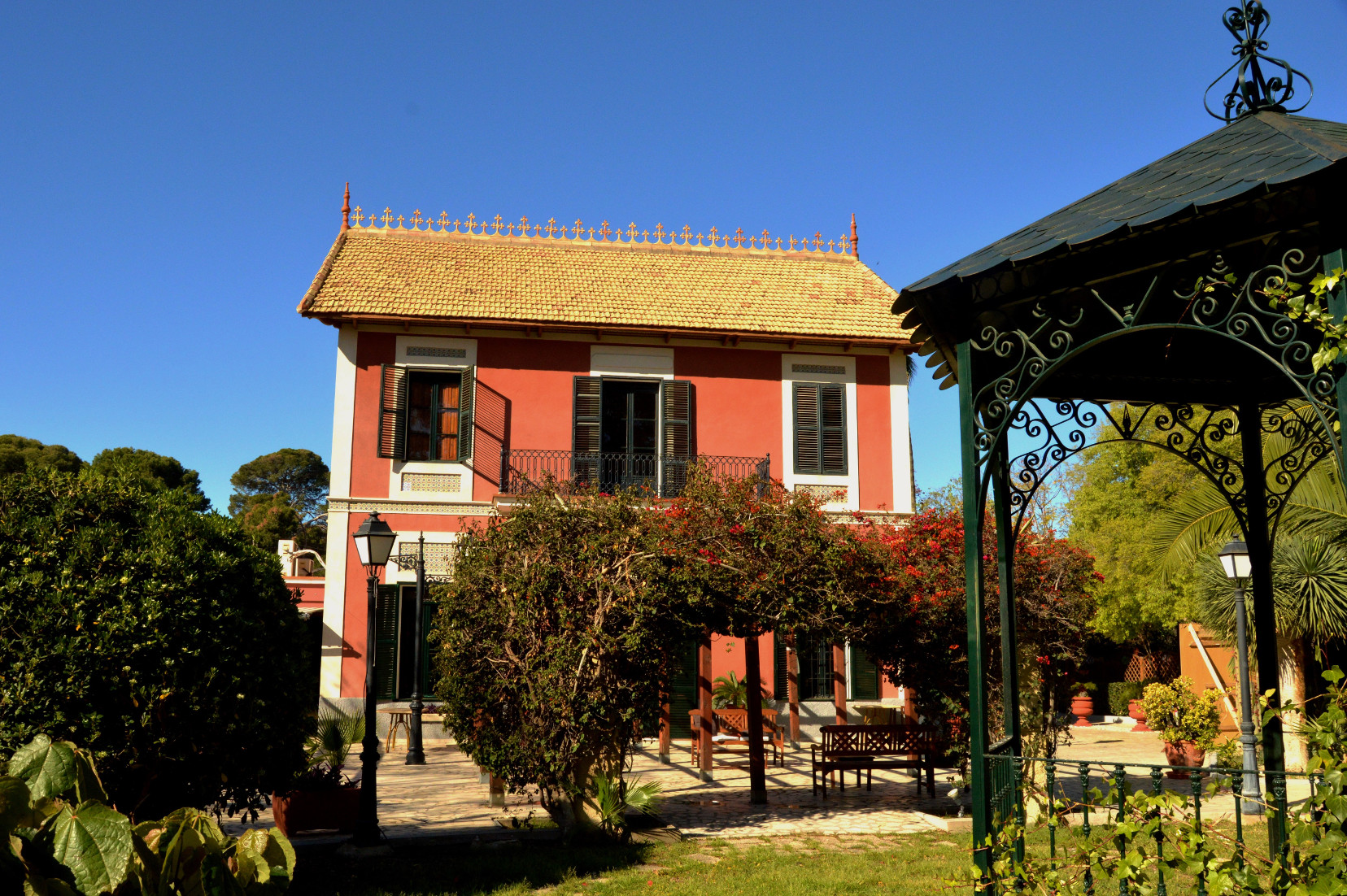 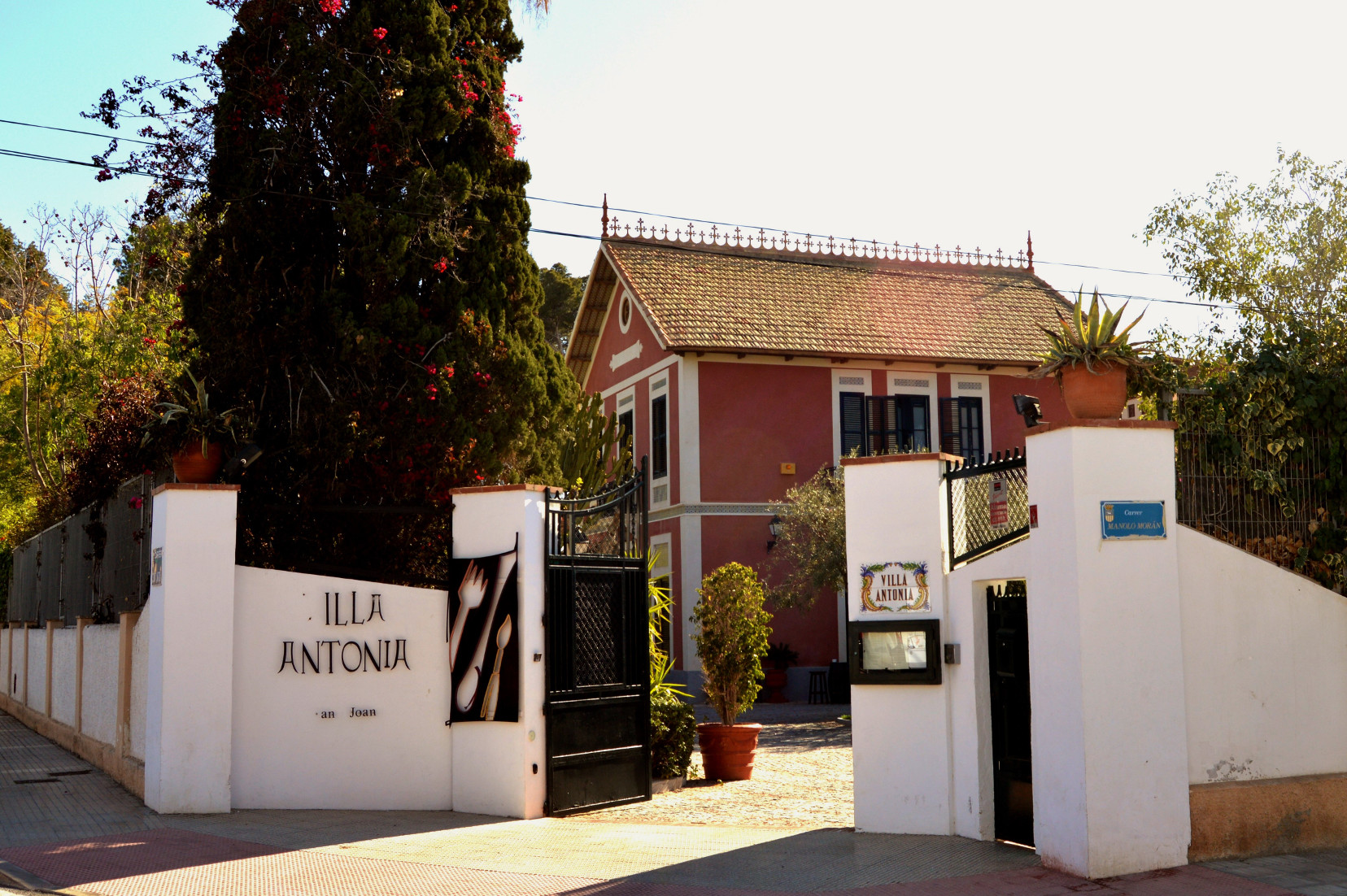