La Concepción and Manzaneta gardens are one of those places where time seems to have stopped. Walking along its paths allows us to look out a window from which we can observe an ancient time, in which aristocrats and upper classes settled in the Alacant’s countryside seeking calm and serenity away from the bustling capital. The park is made up of two distinct areas. One north of the vereda de Sant Joan (Sant Joan’s path), which initially constituted La Concepción gardens, the other area south of the vereda, which belonged to the finca Manzaneta gardens.

La Concepción gardens are characterized by a series of original polygonal parterres to which new ones have been added, surrounding the pinewoods, olive groves and cypresses, along with some eucalyptus and horse chestnut specimens.

In this sector border, in front of the finca Manzaneta and in calle Hernán Cortes, we find a specimen of ficus macrophylla of more than a century old. The name of this variety, original from the east coast of Australia, is Moreton Bay Fig. It is characterized by its solid trunk and prominent buttresses at the base. The roots of this species fall from the branches, generating an additional trunk that contributes to support its heavy foliage. It is evergreen, reaching 60 metres height.

Manzaneta gardens are composed of parterres of various sizes, highlighting numerous centenary arboreal specimens, some of them protected, such as the two ficus elastica of impressive size and the drago, along with several yuccas and palm hearts. The ficus elastica are a species of evergreen that comes from north-eastern India and southern Indonesia. They are characterized by a solid trunk that can reach 2 metres of diameter, and a height of 30 to 40 metres. Like the Ficus macrophylla, it develops roots that help to support its heavy, strongly horizontal foliage. The drago of spectacular size is also worthy of mention. The drago belongs to the genus Dracanea. It is a very common subtropical species in the Canaries and in western Morocco. It is a slow growing species, characterized by a smooth stem that grows rough as it ages. It is the only plant in the world whose sap is red. It is crowned by a dense umbrella-shaped cup, with thick leaves, being able to reach more than 12 metres height. 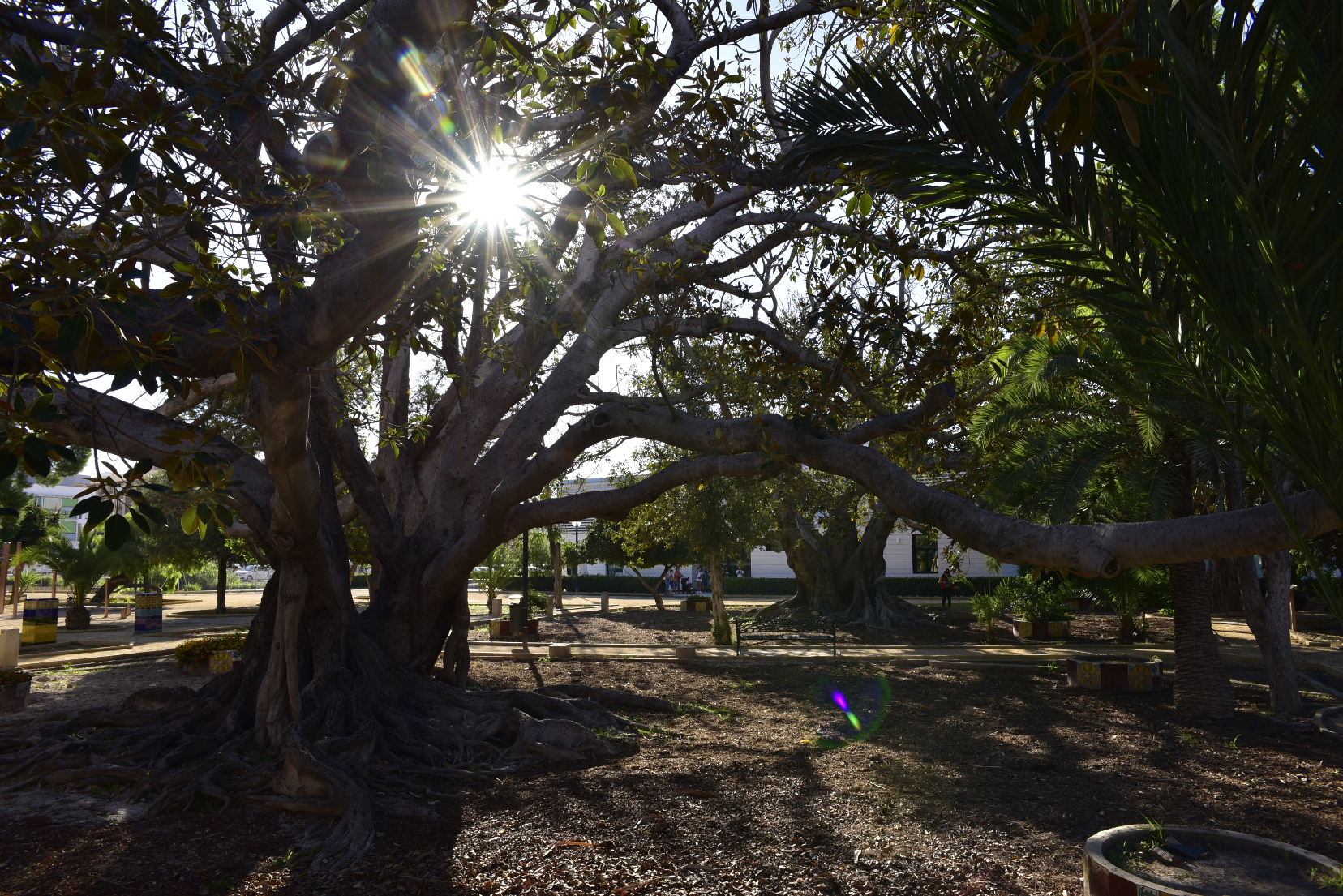 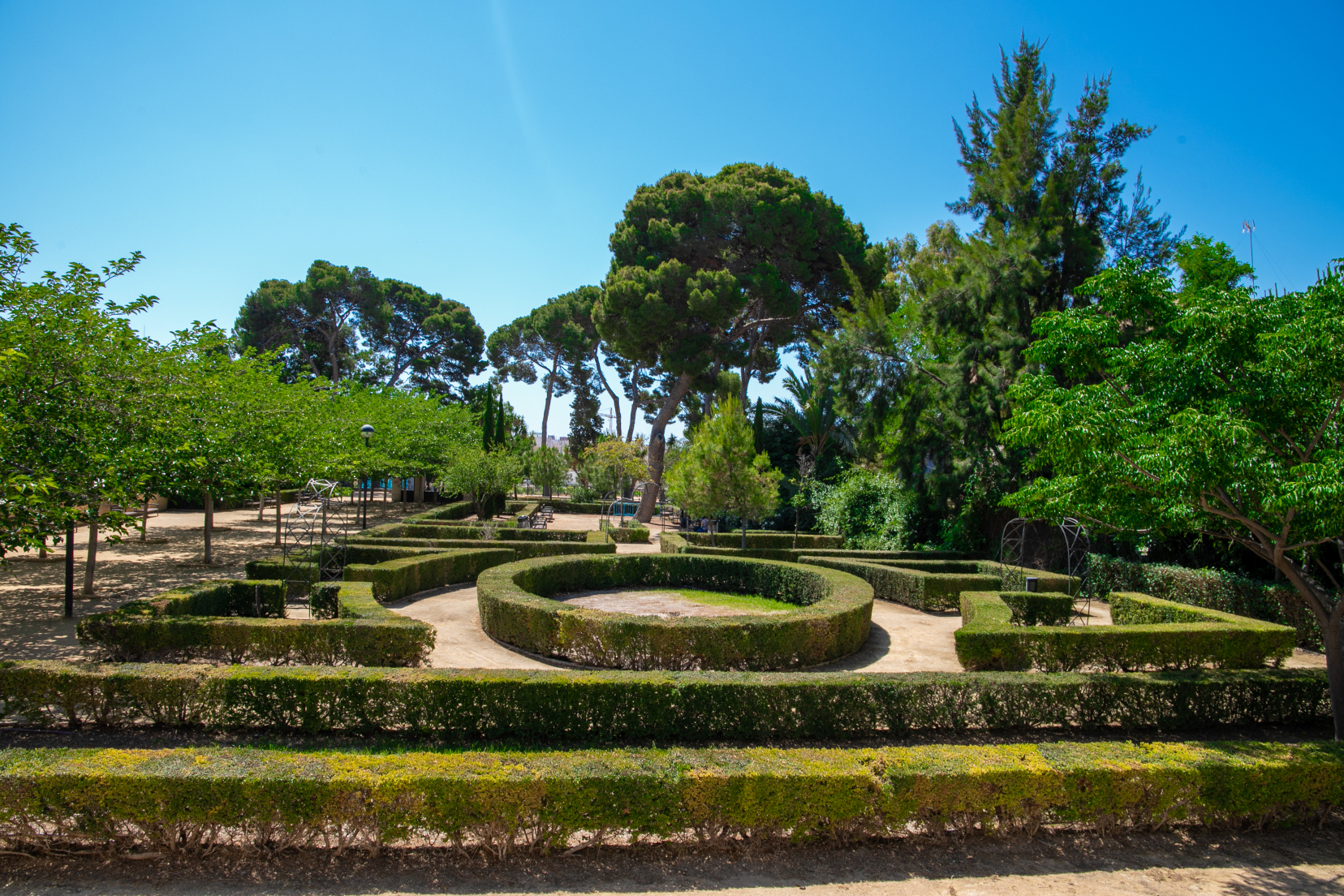 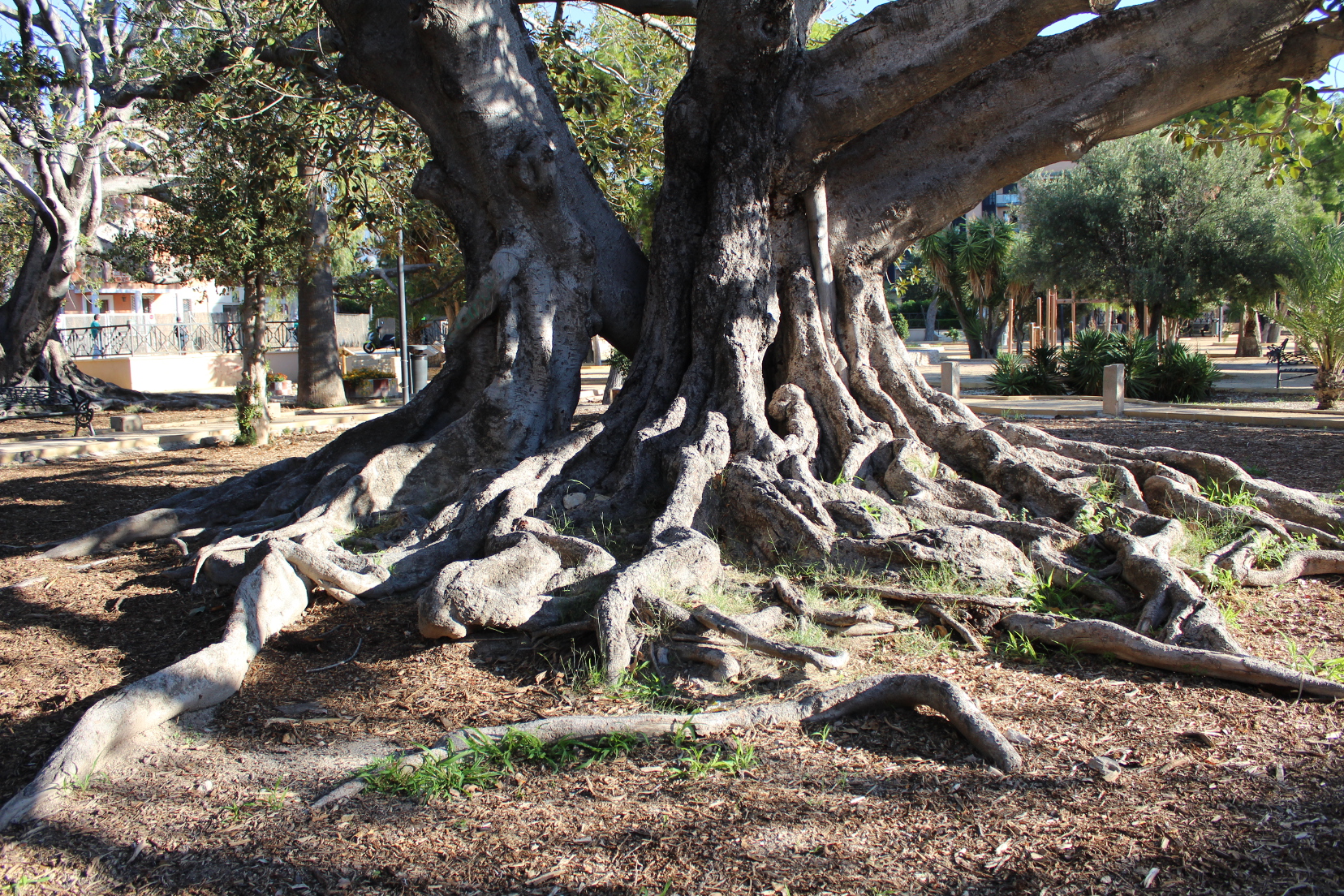 In addition to the important vegetation of the park, there are solid benches and flowerpots made with tiles from the nineteenth century. Formerly, there was a fountain with green frogs and banks of the finca La Concepción, which are now relocated in the gardens of the neighbouring finca El Reloj. Recently, the Municipal Salvador Gosálbez Alberola Elderly Centre has been built in calle San Miguel de Tarazona, and there are some urban orchards managed by the City council nearby.

Currently, La Concepción and Manzaneta gardens are an intergenerational meeting point. Many young people spend their afternoons here, some relaxing while others practice gymnastic exercises outdoors, before the eyes of elderly people who come to enjoy their afternoons and watch the sunsets in one of the most fascinating places of Sant Joan d’Alacant.