The monastery of Santa Faç is located in the heart of the district of Santa Faz, between the municipalities of Sant Joan and Alacant. Although the convent administratively belongs to Alacant, it is within the jurisdiction of the Parish of Sant Joan and closely linked to our town. The first monastery was built at the end of the fifteenth century, but its current configuration of Baroque style dates back to the eighteenth century thanks to the work of the architects the friar Francisco Cabezas and José Terol.

According to tradition, the relic of the Holy Face arrived in Sant Joan, coming from Rome, by the hands of the priest. In Camí de Lloixa, while a prayer was taking place to pray for the rains to mitigate the drought, the relic began to weep. The authenticity of the tears was verified by the knight Guillem Pascual. The rains came after the event and with them the recognition of the miracle. Later, Guillem Pascual ceded the lands where the sanctuary was placed in memory of the event.

In 1518, the custody of the temple was entrusted to the Clarisse nuns of Gandía. Next to the monastery, two defensive towers were built for the protection of the nuns and the inhabitants of the small hamlet. One of them, the tower of Santa Faç, is still preserved today. In 1590, the old Renaissance altarpiece was constructed, with the images of Franciscan saints, Veronica and St. John the Baptist among others, as well as miracle scenes of the Holy Face.

In the seventeenth century, the Council of the city of Alacant decided to build a safe-keeping room to save the relic of the Holy Face. The artists Pere Joan Valero, Juan Conchillos and José Vilanova took part in this work. The architectural and decorative distribution follows the cosmological representation of the Passion, presenting divine and human facts using the figures of the circle, God’s unity, eternity and infinity, and the triangle, God’s trinitarian essence. According to Hernández Guardiola, it is one of the most valuable works of Hispanic Baroque style.

The religious complex that we see today is a building of Latin-cross plan crowned by a blue glazed tile dome, typical of the Valencian Baroque. The facade of the church stands out. It is the only facade with three constructions of the diocese of Oriola-Alacant in which a representation of the miracle of the Three Faces of the Holy Face appears in the tympanum. In the second construction, on the other hand, the shield of the city is represented,The final element of the set is a niche with the image of St. Francis of Assisi

During the Civil War, the monastery was assaulted and many of its objects and images were destroyed. The Holy Face and the safe-keeping room were saved thanks to the intervention of some neighbours like Antonio Santamaría and Vicente Rocamora. Throughout the war, the relic was kept in the Provincial Council. After three years, it was worshipped again in Villa Marco, where it had been secretly taken to celebrate a religious act and venerated for a few hours. Currently, the monastery is in an excellent state of conservation and its declaration as an Asset of Cultural Interest is in process. 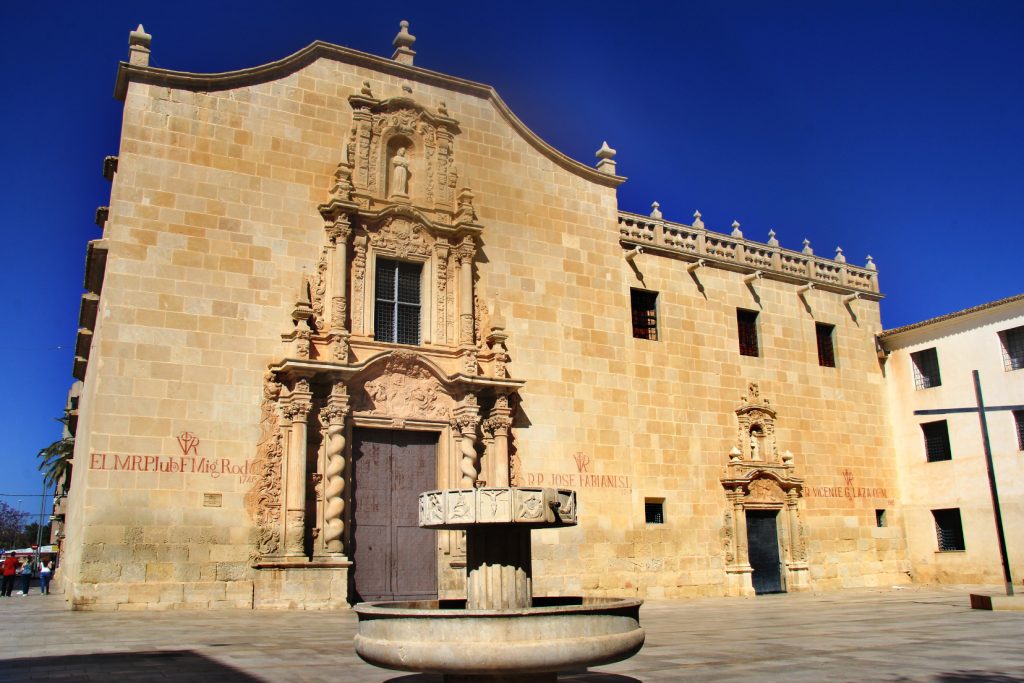 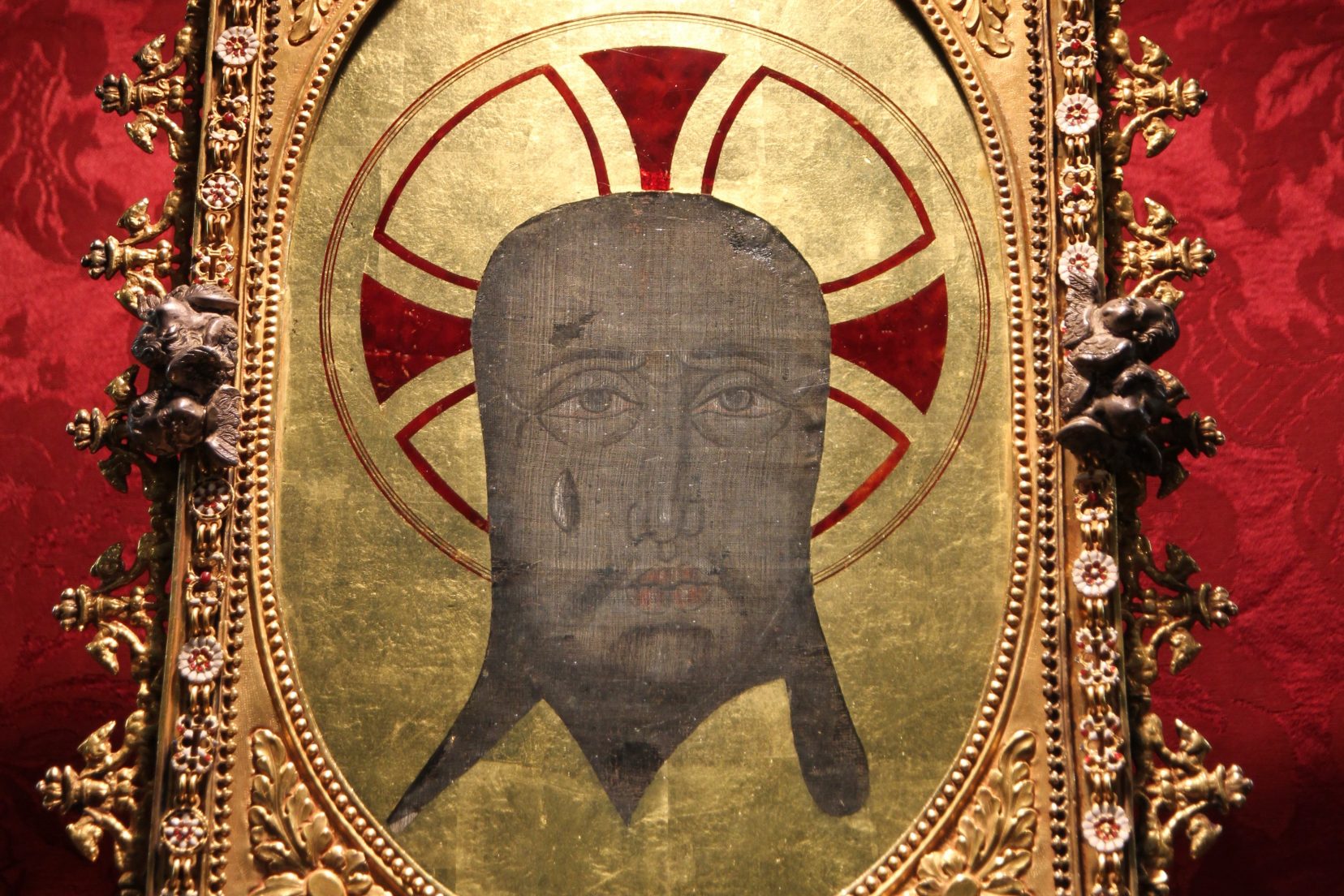 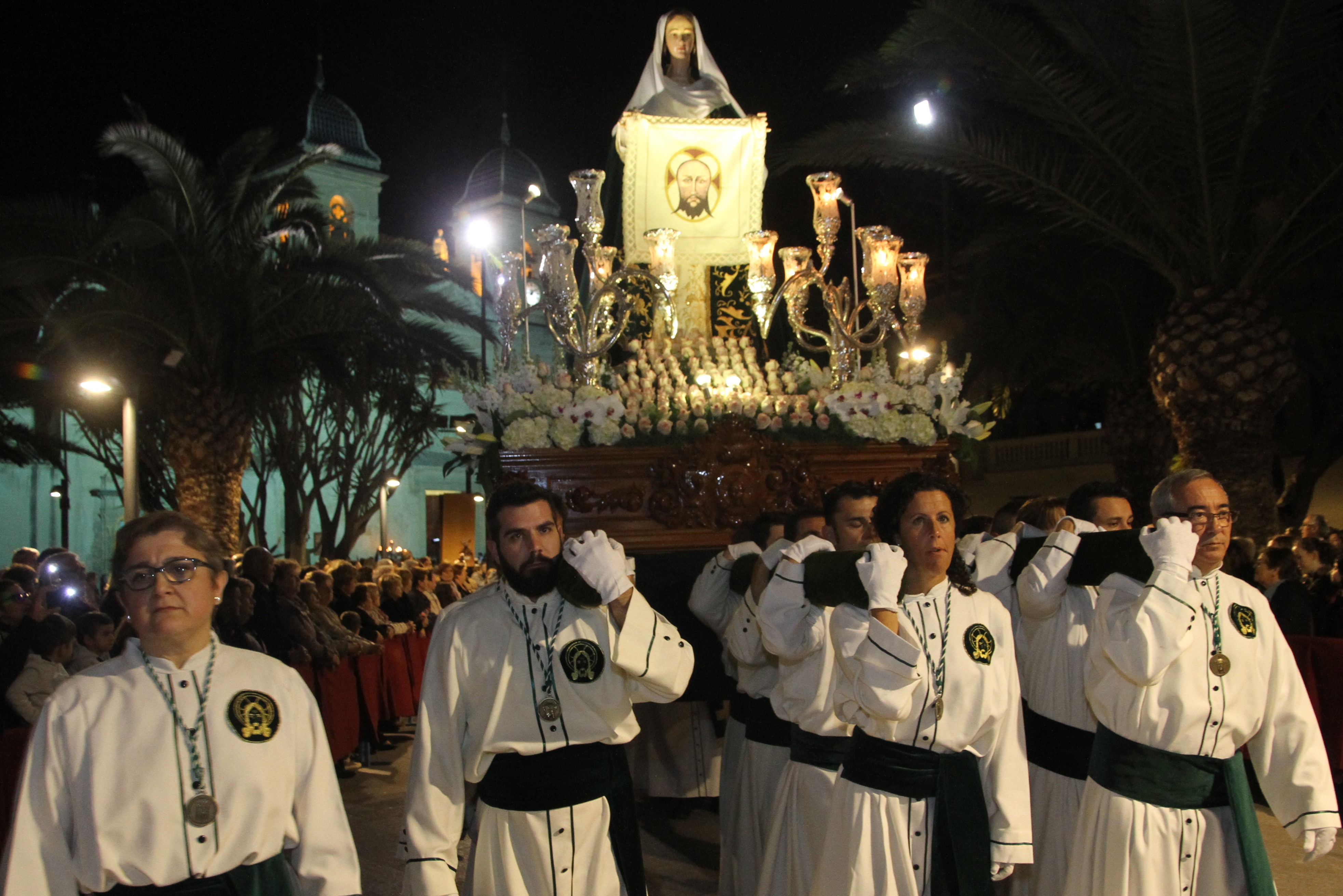 The Holy Face has been a relic for pilgrims in the city and Alacant’s Horta (Cropland) throughout the centuries due to epidemics, wars or celebrations. Transfers of the Holy Face to Sant Joan have been confirmed several times. Among the most recent transfers we can highlight those of the fourth centenary in 1889, one in 1913 due to the drought, or the one carried out in 1989 on the occasion of the fifth centenary, an event in which it was also taken to Benimagrell and Mutxamel. The last time that the Holy Face visited the church of Sant Joan Baptista was in 2014, on the occasion of the 525th anniversary of the miracle of the Tear.

The pilgrimage of the Holy Face is celebrated every year since the sixteenth century between the city of Alacant and the Monastery. Initially, this act took place on 17 March but in the eighteenth century it was definitively moved to the second Thursday of Easter, day on which it is still celebrated. In the last decade, the event has become a key date for teenagers and university students, who take advantage of the pilgrimage to celebrate the last great party on the calendar, before the closing ceremony that precedes the final exams.